SCBS, DFW and NPS cooperated for our first ever complete rebuild of a water development within the Mojave National Preserve.

The Old Dad Peak development was originally installed in 1975 and in the early 1990’s the tanks were replaced after one developed a crack and a Bighorn sheep fell in and died, thereby poisoning several additional sheep.  A similar crack was discovered in 2015 and one of the tank outlet flanges was also cracked and leaking, wasting the water that had been collected. 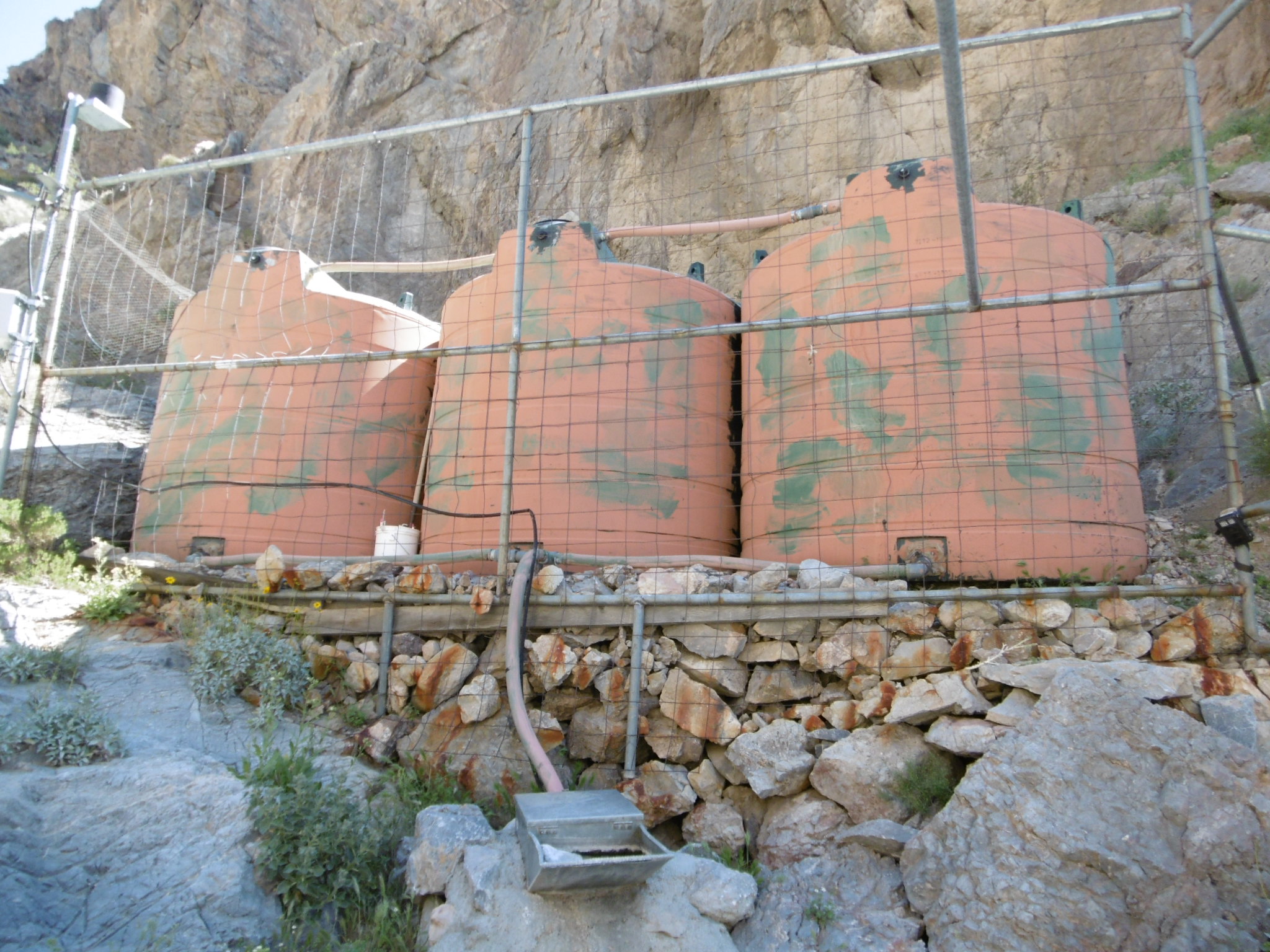 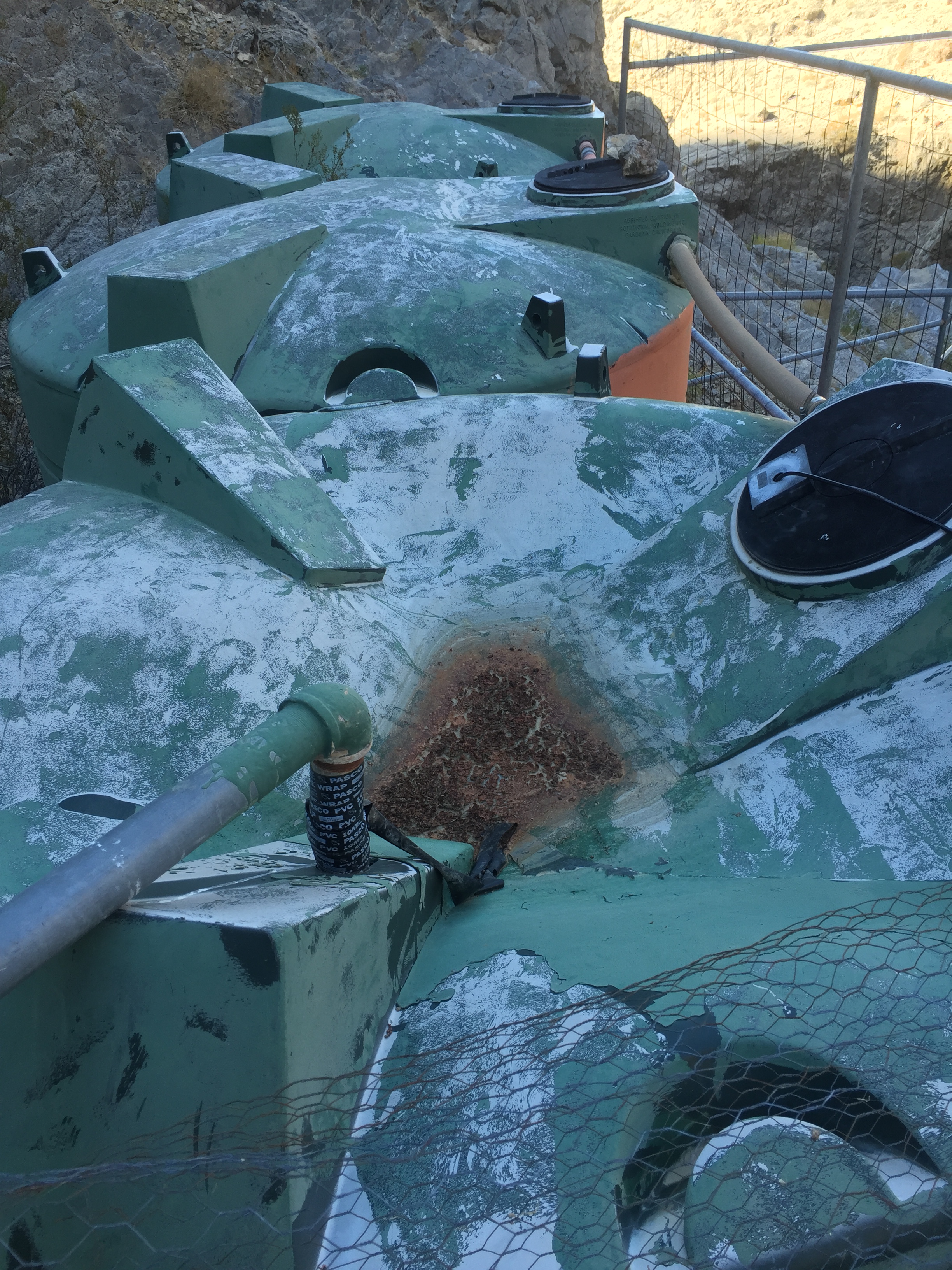 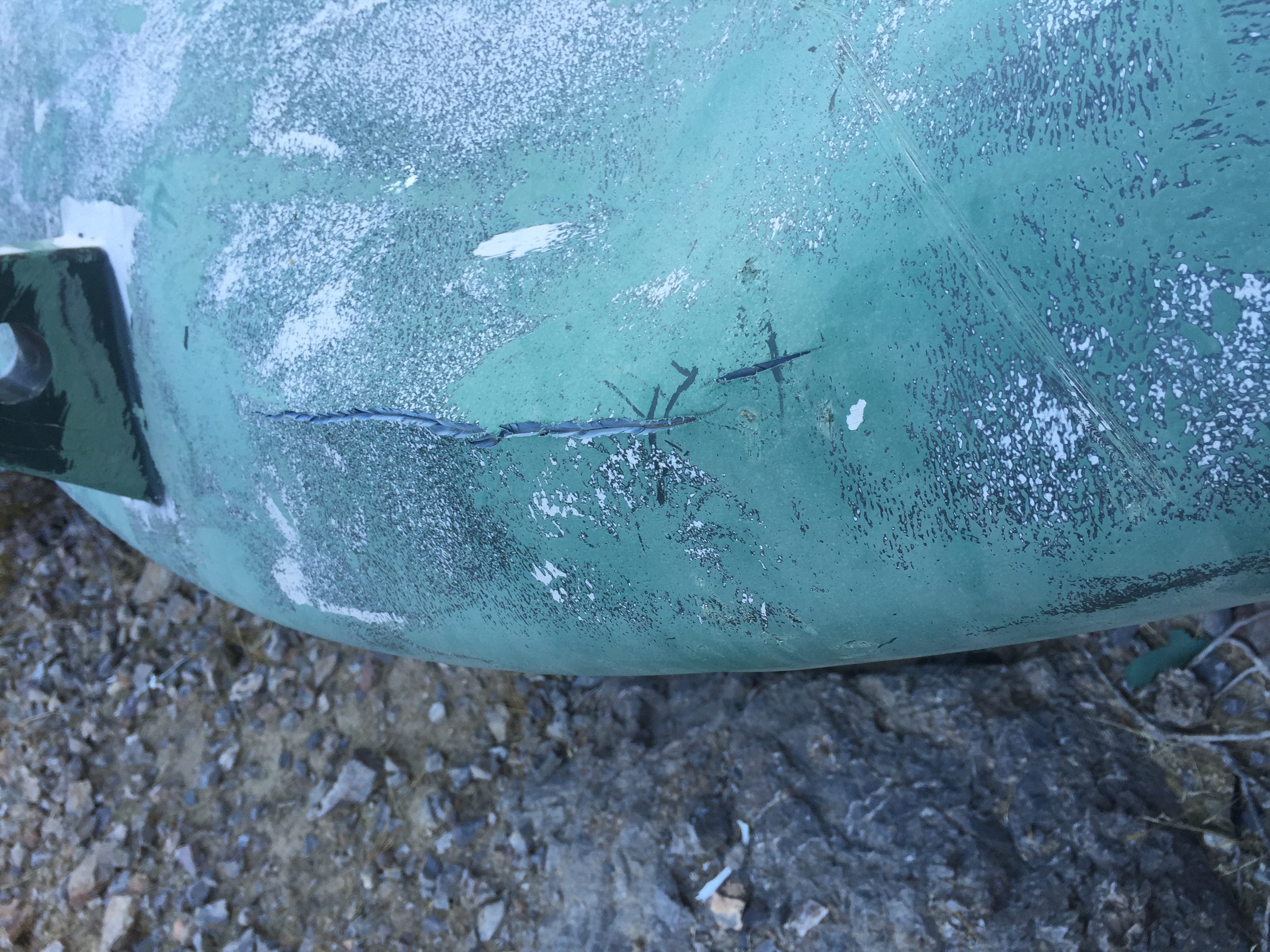 Since taking over land management in 1994, the NPS regulations had made permits for repair of this system difficult to obtain.  After working over 10 years, the NPS finally released their Water management plan which included maintaining this system (other systems did not fair as well.)

After numerous attempts to obtain permission to repair using a variety of designs, our own Scott Gibson and Paige Prentice from DFW managed to get approval from the NPS.  NPS paid for the materials, DFW used their helicopter contract to fly in the materials, and SCBS provided the volunteer labor.  The project notice was cross posted on the internet and several members of the Explorers of the Mojave Desert Facebook page joined for their first experience with a wildlife water development.

The volunteers had to hike up and down each day of the project for 4 days in a row.  This is probably one of our most difficult sites to access and although the hike is only 1.5 miles, it is an unmaintained trail that has over 1000 feet of elevation gain and traverses narrow ledges and rocky chutes with large drop offs.

Bob Keeran and his son-in-law John Maley set up an elaborate camp kitchen and cooked for the entire crew for 4 days.  The food was excellent and relieved our foot weary hikers from that task, we are all looking forward to the next project.