SCBS volunteers discovered that a flash flood has destroyed the Chuckwalla water development.  It was originally installed in 1974, later the tanks were changed from galvanized to plastic and in 2004 the dam was resealed.  Last summer flash floods completely removed the tanks from the pad, leaving the intake plumbing hanging in mid air.  SCBS board member Scott Gibson has been working closely with BLM and Ca DFW to obtain a permit to rebuild the system using the existing collection dam and replacing the old upright tanks and float valve type drinker with SCBS Raincatcher tanks and intergral drinker.  This will not only restore the system to operation it will also improve the capacity, reduce maintenance and repairs by eliminating valves, extend the life of the tanks by protecting them from sun, and will reduce the visual footprint of the system. 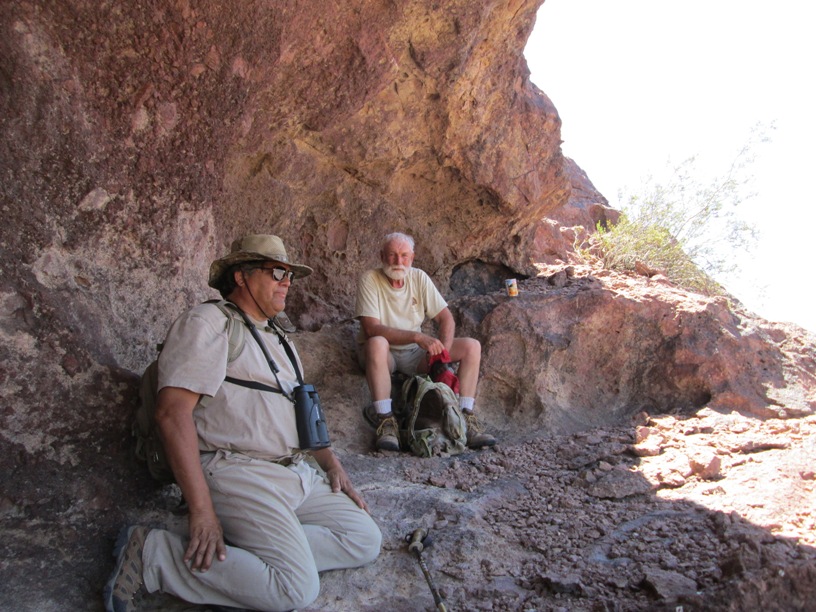 possibility of water enhancements within the 29 Palms Marine Corps Air Ground Combat Center.  Carlos Gallinger, Glenn Sudmeier and Steve Marschke spent 4 days exploring 3 training zones of the base.  We were successful in locating sheep sign in a few previously unexplored canyons.  While we did find desert bighorn sheep sign, after having seen much more of the region we felt that the areas visited in an earlier trip were better habitat.  We attempted to reach one previously selected water development site by 4x4 and we were successful.  Yea!  This means no helicopter work would be necessary for what was designated ‘Rainbow 1.’   While we were there we staked and remarked our proposed site so that the base personnel could find it and make the required assessments under the NEPA rules.   Carlos took the evening off and Glenn and Steve hiked cross-country through TOW missile training zones  (watch out for the wires!) to reach our previously selected site of Rainbow 4.  We felt that we would prefer something a bit farther from the impact zone and, if possible, accessible by 4x4.  We wandered around discussing options and finally settled on Rainbow 5 site.  We marked and staked it and headed back to the vehicles.  We reached Carlos just before dark.

We continued the next day and explored the northeast portion of the Lavic Lake training zone and didn’t find much vegetation and only a little bit of sign at the far extremes.  Perhaps in better years this region could be great habitat but not right now.  We returned to the Argos Pass zone and explored for something between our previous 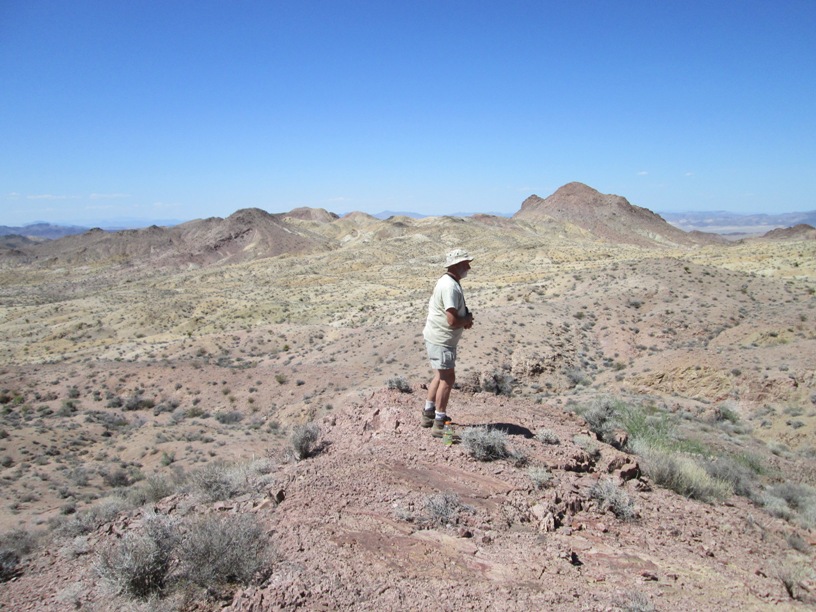 Sunshine Peak and Argos Mtn systems.  The logic is that we could strongly bolster the survivability of the bighorn by placing another water development in relatively close proximity.  We the difficulty of base access and fitting in with the training schedules, a semi-redundant water source would be like an insurance plan.  Glenn and I headed up into a side canyon and wer enot impressed until we got fairly far along.  Then we started finding sheep pellets.  A bit farther and we found a high level spot at a wash junction that had hosted a prospector camp, crucibles and tent anchors with baling were still in place  We decided that this location would be relatively easy for construction and was very close to midway between the existing systems.  Also, although down off the mountain proper, it was securely in the foothills and suitable for bighorn. 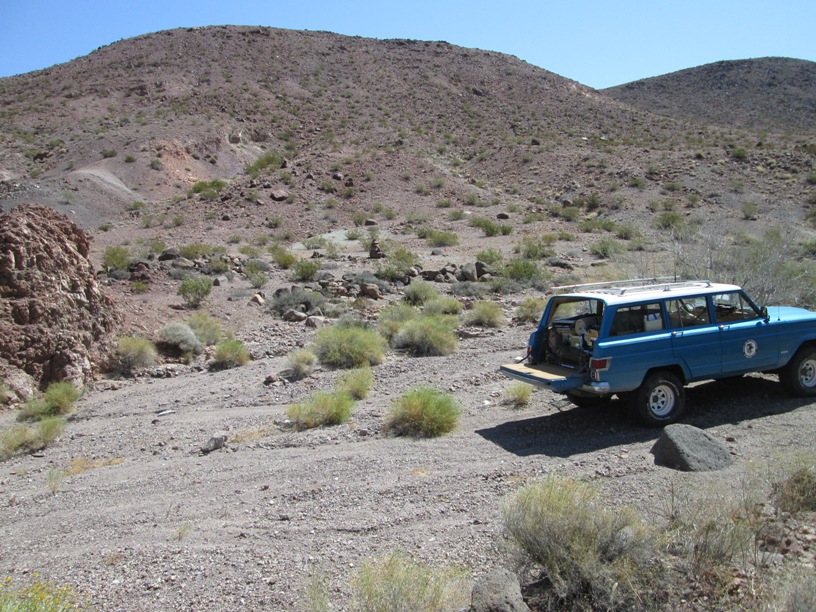 The Wild Sheep Working Group of the Western Association of Fish and Wildlife Agencies (WAFWA) has recently published a position paper discussing the challenges of conserving and managing bighorn sheep populations. It covers background information regarding a lot of important topics and describes the group's recommendations for management goals and specific strategies associated with each challenge. Feel free to download and share the publication as much as possible.  For more more information about WAFWA click here: http://www.wafwa.org/html/wswg.shtml

The editor's job has been fully transitioned from Bob Burke to Debbie Miller.   If you have something interesting related to desert bighorn sheep conservation, Debbie would be more than happy to publish it - she is always looking for more articles and alternative authors.

Click below to open the selected newsletter as a .PDF file in a new window (use right click to "save target as...") 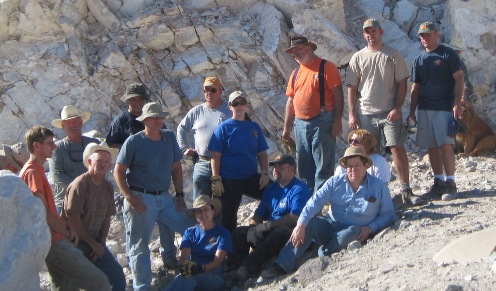 ancy Andrew.  Nancy Andrew was a strong advocate for bighorn sheep when the American Canal was lined with concrete.  Her knowledge and position as DFG biologist allowed her to drive the requirement to fence the canal (to prevent wildlife drownings) and to make water available to wildlife outside the fence as replacement for lost access.

SCBS cooperated with a local property owner and were able to locate the new system near Amboy California.  The owner was very helpful and did the rough grading with their heavy equipment and also partially buried the 2 new tanks.  That saved us a huge amount of work.  We used 2 of the newest SCBS designed direct burial tanks.  The remainder of the work was performed by SCBS, including finish grading, plumbing, laying the Hypalon rain collection mat and installing a dedication plaque.  It took us a few trips to the site to finish all of the work.

We installed an infrared trail camera at the site and had photos of sheep using the new system.

SCBS member Debbie Miller Marschke made a short video of the work project.  Please view it through this link: